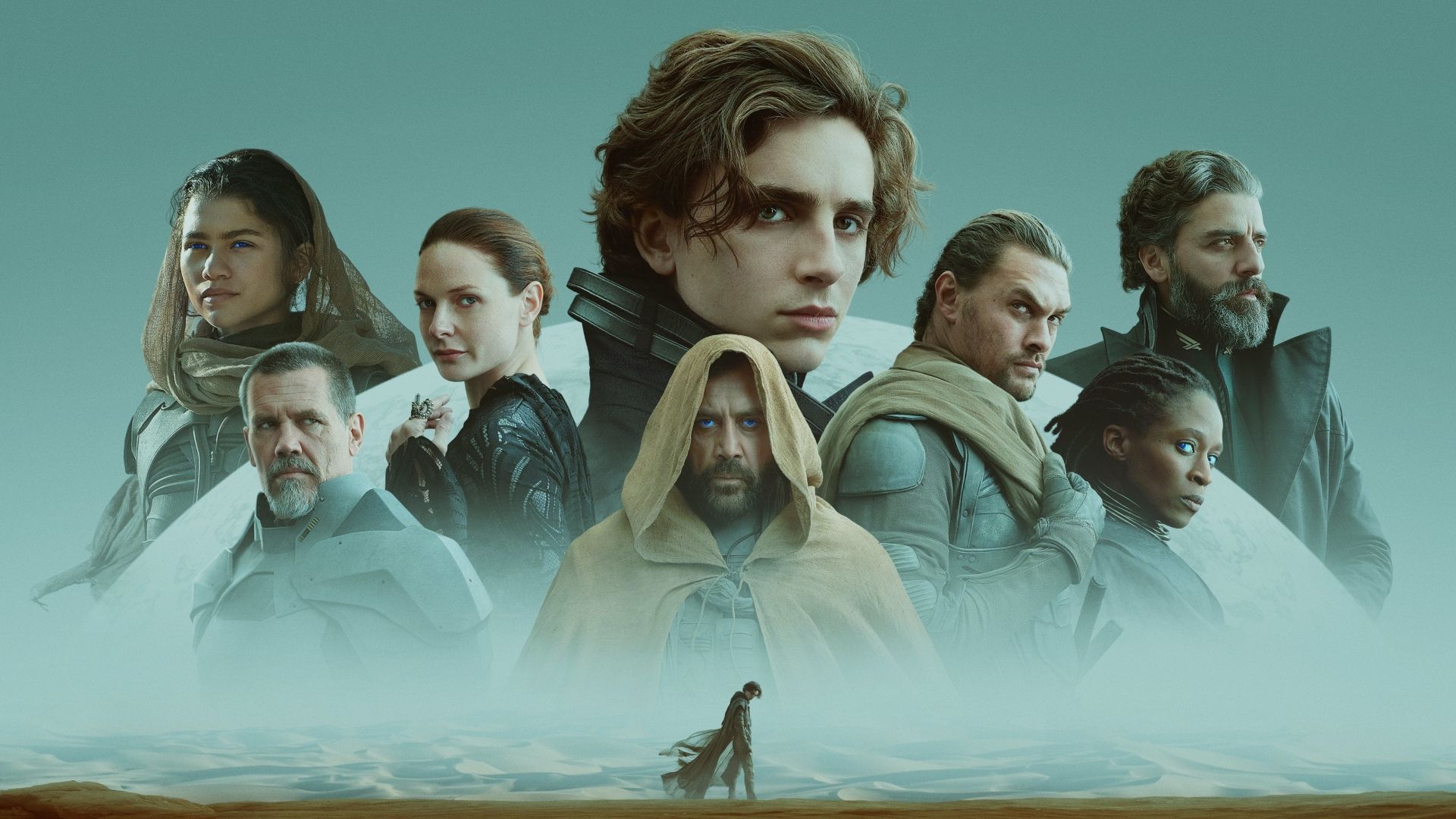 Although I was aware of the cultural impact of Frank Herbert’s Dune, I have never read it. Still, the trailer for Warner Bros. new film adaptation of the novel intrigued me. But being a little crunched for time, I opted to forego attempting to read the book and decided to watch David Lynch’s maligned 1984 big-screen adaptation instead. I made it about 40 minutes in before saying, “No, I don’t think I will.” It was that bad. A YouTube video that matched the trailer of the new version to scenes from Lynch’s movie frame for frame did not bolster my confidence in the quality of the former.

Still, there seemed to be a certain David Lean-Lawrence of Arabia quality to the new film’s footage, and I don’t say that just because the story is set in the desert. In fact, as I discovered in researching the movie, Lean was actually set to direct a Dune adaptation in the ’70s. Well, if he was interested in it, the story must be great, right? Still, even with acclaimed Arrival director Denis Villeneuve at the helm of this new rendition, I remained only cautiously optimistic. Consequently, I was not prepared for the extraordinary spectacle of cinema I beheld.

While it’s impossible to know what Lean would have produced had he been able to realize his vision, if he’d had the technology, I can’t imagine him creating a cinematic experience much better than this. The sweeping, wide-angle cinematography is vivid, immersive, and just plain gorgeous, despite the film’s muted color palette. But the film isn’t just eye-candy; it’s chock full of engaging characters and excellent performances. The script is tight, and the plot is about as credible as a feudalistic space opera can get. I praise the writing, but in truth, Villeneuve’s first 30 minutes don’t play that much differently than Lynch’s, I presume because both films draw heavily from the novel. That proves a great story constitutes only a fraction of a great work. Proper technical execution in presenting that story is crucial, and Villeneuve and company deliver on all fronts.

It’s important to note that this film is not made for children. That isn’t to say it’s stuffed with adult content. In fact, I only clocked around six curses, and sexual-related content was relegated to one character being a concubine as opposed to a wife (although I don’t see a difference between the two positions in this universe) and evil soldiers briefly and euphemistically discussing violating that same character. (SPOILER ALERT: She quickly dispatches her would-be assailants.) It is violent, though nothing beyond its PG-13 rating and not so much at all until the final act. No, this film is adult because it eschews fast-paced action, explosive spectacle, flashy designs, and frequent quips in favor of slow-burn character development and world-building, nuanced dialogue, and serious considerations of life-or-death stakes. In other words, it is the antithesis of the big-budget, speculative fiction filmmaking that has dominated cinema for the last several years.

I must confess viewing the stark contrast between Dune and other recent sci-fi/fantasy fare made me realize just how complacent I have become in accepting subpar storytelling in film. While giants such as Marvel and Lucasfilm have been getting progressively worse in their film offerings for years, I had recently found solace in some of their Disney+ series. But comparing those series to Dune? Well, frankly, there is no comparison.

In many ways, Dune is a throwback to classic cinema—or even classic literature. It seems to belong more to a time when audiences wanted to be immersed in a fictional place and taken on a journey, without a single car chase or one-liner necessary. I would say it’s “made for smart people,” but in addition to sounding extraordinarily condescending, the statement would also not be quite accurate. No, it’s made for people who are ready, willing, and able to pay attention to the words and scenes playing in front of them. Every line, every frame is designed to convey every necessary detail to understand, appreciate, and enjoy the characters, the story, and the universe. In short, it is not made for our increasingly attention-light society. I’m shocked the film was even green-lit in this form, and even more shocked that it’s doing as well as it is both critically and financially, particularly in the COVID-19 era and with a simultaneous HBO Max release.

It gives me hope for cinema, particularly since the film has already been considered a big enough hit by Legendary Pictures (its primary financier) to warrant a sequel. Considering no major film has ended so unresolved as Dune since Fellowship of the Ring 20 years ago, the Part II announcement will surely go a long way in assuaging fears among fans of a perpetual cliffhanger, although they will have to wait two years to see the resolution. In the meantime, I, for one, will be more conscious of the number of passes I give a film or television series, because now I know modern filmmakers can do so much better. Dune has proven that.